Tinney Farms was established in 1980

On the Family Farm in Hanceville, AL about 45 miles north of Birmingham

Howard after attending the University of Alabama and becoming a very successful businessman by forming the Birmingham Fastener Co. Put his passion and efforts into breeding Santa Gertrudis cattle

In 1980 Howard began to put together an outstanding group of cattle from breeders through the country. Not just in the Southeast but expanding his search for cattle into Texas.

These two herd sires were the building blocks that started the Tinney Farms cowherd.

In the early 1990’s Howard had a vision that the show ring could be used as a great marketing tool and soon after the run of Tinney Farms National champions began with Hammer 860 & Miss Reno 044 in 1992.

Tinney Farms has been SGBI Breeder & Exhibitor multiple times and winner of many SGBI High Point awards. But Tinney Farms success doesn’t stop in the show ring, It has also had multiple winners in the performance arena also including many gain test and ranch to rail awards for highest average daily gain and feed efficiency.

Serving multiple terms as an SGBI Board of Director, Shows & Exhibits committee Chairman and President of SGBI from 2006-2007

In 2007 Tinney Farms was named the B.I.C.A. Purebred breeder of the Year in the state of Alabama

Tinney Farms was also one of the founding members of the Alabama Connection Sale that celebrated its 25th Anniversary in 2013. This sale from its conception has become one of the Premier Santa Gertrudis sales in the United States by offering their best and standing behind their product. Each year some of the breed’s highest selling lots are sold here along with many National Show Winners!

Many Commercial breeders though out the Southeast depend on Tinney Farms as their source for Santa Gertrudis bulls and females as the base and building blocks for their crossbred herds and Star Five programs.

Another one of Howards Dreams also continues as Stouts Mountain Ranch continues to development into one of the premier White Tail Deer Hunting destinations in the Southeast. With his son Brad having a major role now in its growth.

Over 30 years ago Tinney Farms began as a passion and vision of Howard Tinney that today through hard work and a great marketing plan and management is one of the top Santa Gertrudis herds. With the untimely death of Howard in the spring of 2013, Tinney Farms today continues on with the same passion that Howard had. His wife Retha, son Brad and wife Sloan and their family along with farm manager Arlin Taylor and employees Adam Seckfort, Louis & Stoney Garcia plan to continue the great program that Tinney Farms as built

Howard loved his Red cows and the cattle family that grew each time he met a new breeder. He never met a stranger and once you drove through the front gate at Tinney Farms you were his friend and treated with that great Southern Hospitality! Come by that gate is wide open. 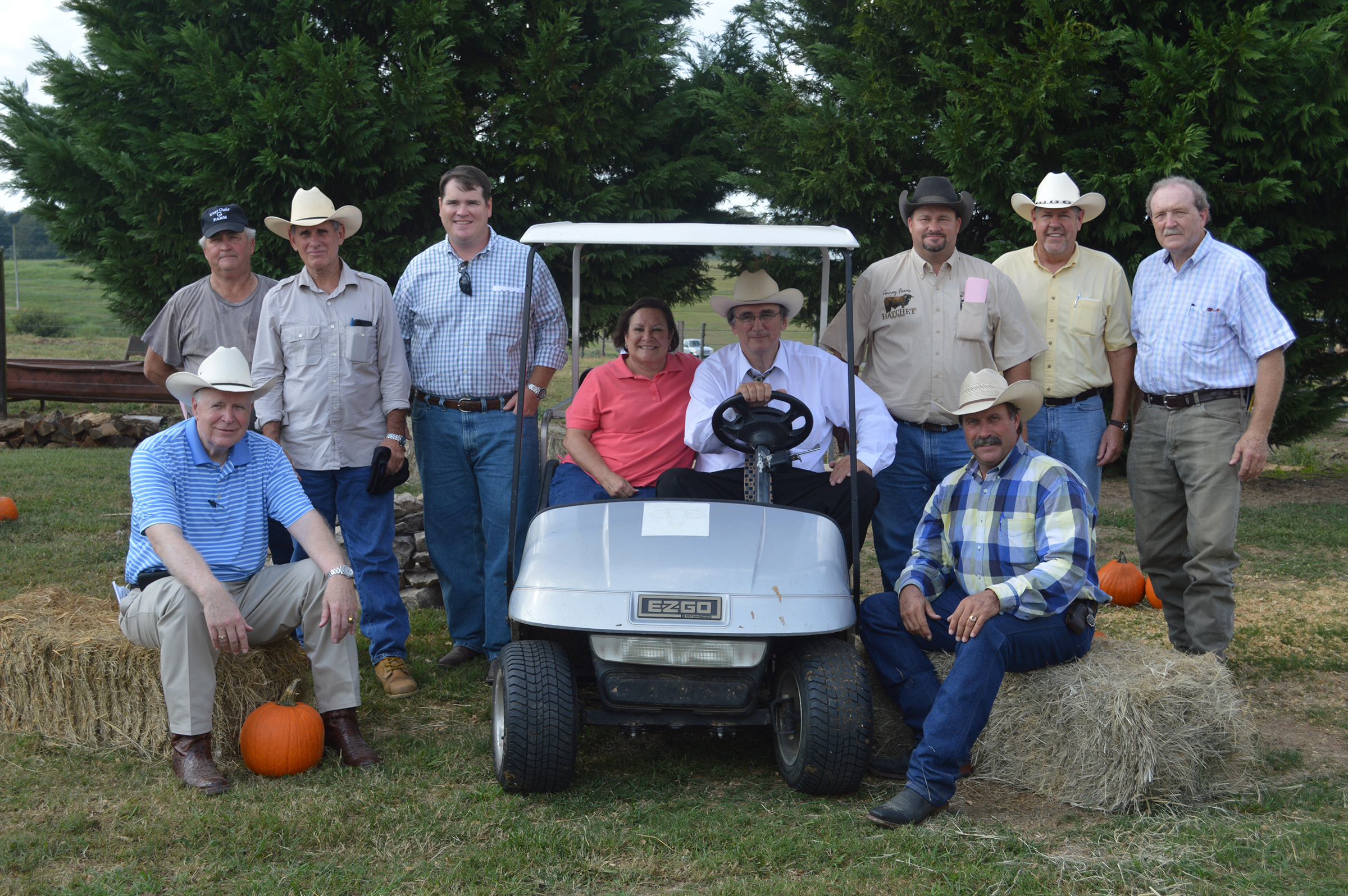